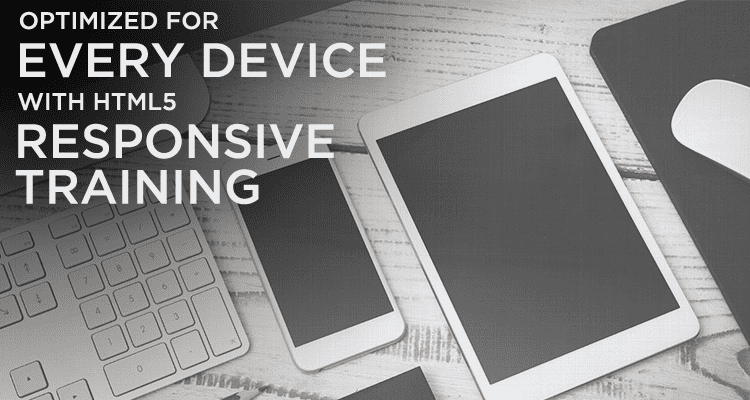 On June 29th of this year we will mark a complete decade since the release of iPhone1. From then until now, we’ve gone through a mountain of mobile devices, netbooks, iPads and tablets – each promising increased mobility, and ease-of-use…and each with a different screen size.

Let’s make a distinction here between these devices themselves (hardware) and the Operating Systems, Applications and Code Languages (software) that allow our iPhones, iPads and internet devices to work properly.

In the early 2000’s Adobe Flash was widely installed on desktops, and commonly used to develop interactive functionality for web pages and to playback video / audio content. In fact, YouTube (launched in 2005) was built entirely around a flash player that compressed and displayed videos for the web.

In 2007, prompted by the release of iPhone1, YouTube added an HTML5 video option to support mobile viewing. This decision by YouTube, along with Apple’s choice to not support Flash with the first generation iPad in 2010 gave rise to HTML5 as the official language-of-choice for web developers.

The main benefit of HTML5 over Flash is that it’s built around small chunks of code that run inside your browser, exactly like a mobile app runs on your phone. Unlike Flash, HTML5 code doesn’t require additional plugins / software to be viewed on most any smartphone, tablet or desktop browser.

The job of an eLearning designer, until very recently, was fairly simple and had nothing to do with modern web-standards. In their infancy, training modules were published using eLearning software that was to a greater or lesser extent based off of a PowerPoint model of slides, bullets and hyperlinks.

All of this has stirred up quite the commotion, and an intensely ongoing discussion in Training Circles about the challenges and opportunities we now face. Articulate, one of the industry leaders in eLearning Authoring tools has released Articulate 360 featuring the Rise responsive publishing tool in an attempt to solve these challenges in the eLearning world:

It’s pretty clear that mobile devices – smartphones and tablets – are becoming increasingly important in both the design and consumption of learning content.

B-Lynk is proud to announce that we are on the cutting-edge of this wave to make the internet work perfectly from any (and all) devices.

Our fully-hosted and managed Smart-Lynk training portals are built with responsive design, ensuring your Support Page is accessible from any desktop, mobile, or tablet device.

In addition to this, we will be publishing all Training modules and eLearning courses with Articulate’s new Rise tool – making them not only compatible with all LMS/LRS systems but fully HTML5 compliant. This upgrade will make it easier for your end-users to fund the help they need when they need it!

Sign up to receive monthly insights and product updates.